Relationship between the soccer and Brazilian popular music

The purpose of the study is to analyze artistic productions, specifically Brazilian popular music, soccer, and their political relations 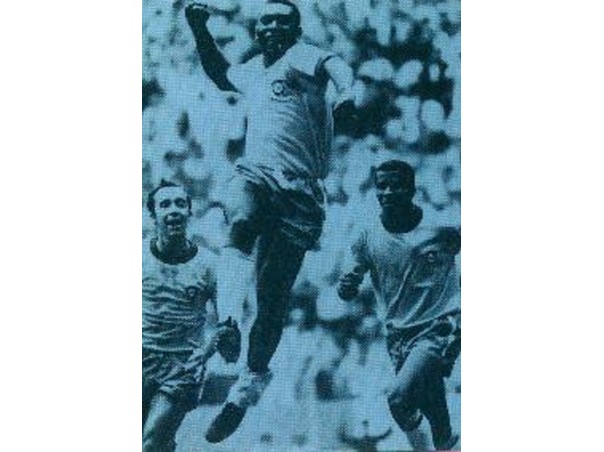 The meaning of analyzing soccer in Brazil, in historical periods is to try to understand the relation between soccer, political contexts and artistic production that serving itself of the latter has complex analysis interpretations. Specifically, the interest is to understand what use has been made of soccer in different moments of its history.

When we propose this relation between soccer and artistic production, we do not intend to reduce soccer practice to political issues as if soccer resulted from issues that are permeated by political events, but to show how there is a relation to certain political contexts, almost direct. The approach of this study is written in the field of social culture, assuming to understand soccer development from a political action field that is at the same time isolated and collective.

Object and justification of study

Introducing the object of study, we are going to analyze artistic productions, among this popular music that constitutes a cultural expression instrument that appropriates itself of sports as inspiration for its productions. Speaking of artistic expression, they culturally represent different dimensions of a socio-cultural context, in other words, they translate, interpret, reinforce and/or stress political pressures and anxieties of a society, according to Melo.

Artistic productions and their soccer interpretations

Throughout the 20th century, popular music and soccer have become two great e o icons of Brazilian identity. The two symbols of the nationality or Brazilian-ness” fall upon in direct manner on the majority of the population in order to increase its self-esteem, mainly when the national team plays, in World Cup or not time. The prestige of popular music and referring feats of Brazilian soccer in World Cups work as a kind of counterbalance to the wide disbelief of political institutions, moral conduct standards and economic rising outlooks in our society. World Cups, however, are the greatest source of songs composed to cheer up the supporters/Brazilian society before the competition, creating a pre-Cup expectation climate that also benefits commercial interests and has historically favored and interested the government of the time.

Speaking here about government political interests, the well-known song Prá frente, Brasil (Forward Brazil), by Miguel Gustavo, in 1970. This much-criticized song has elements in its lyrics and music that have made it emblematic, showing a very different political and social face from what the song evidences in its lyrics. The 1970 World Cup theme music brought a feeling of nationalism with the hope that one day Brazil will come out right. The lyrics of the song “Pra frente Brasil” leads to imagine that the nation was on the right track, because, Noventa milhões em ação/ Pra frente Brasil/ Do meu coração/ Todos juntos vamos/ Pra frente Brasil/ Salve a Seleção [...] (Ninety million in action/ Forward Brazil/ From my heart/ We all go together/ Forward Brazil/ Save the National Team [...]).

A classification that privileges Brazilian soccer is songs for the National Team. Very well known in the course of the 1970’s to 1980’s, was one of the forms of portraying soccer in songs over 40 years. Since 1958, when Brazil became world champion for the first time, was marked by the song A taça do mundo é nossa (The world cup is ours), in the voice of a group of blind men “Titulares do ritmo”. Songs that include soccer the central theme is not soccer, but we find in these songs, the highlight for denunciations of political recklessness, social and political arbitrariness or speaking about the Brazilian people daily life and joy and collective and personal social dramas lived by society.

The great movements of MPB (Brazilian Popular Music) seem to have approached Soccer in different manners. With carioca samba, for instance, there was perfect understanding... so perfect that Na cadência do samba (In the Samba Rhythm), a samba that sings the praises of samba, ended up becoming an icon for Soccer, when it had an instrumental version used as background music of the famous Channel 100, a newsreel that preceded movie showtimes and presented the best plays of the main match of the week [...]).

Some representatives of the new MPB generation do not hide their attention for the sports, the case of Gabriel, o Pensador and Skank Group. One of the best representations of contemporaneous songs inspired in Soccer is precisely from this group: É uma partida de Futebol (It is a Soccer match), of a tone that is contagious and invariably excites when executed, it shows the influence of the rhythm in Brazilian esthetic culture by drawing spaces and actions of a soccer match, involving supporters and soccer player; Such songs come in the Brazilian culture expression plan, irrespective of its esthetics, it deals with a unique cultural political expression of the Brazilian people in manifesting soccer by music.

Soccer it its organizational, political and social meanings can present distinct observation angles, whether they are esthetic, geometrical, cultural or artistic. The classifications of songs/lyrics portray soccer by providing elements that, by means of analyses of categories and concepts that appear, the relation of society with politics of the time, lived by composers and authors, according to the lived social and political context.

At last, we understand that the study is capable of generating sensitive experiences to analysis of sports in society, performing a critical reading of materials to be studied (music, cinema, cartoons, humor, etc) in order to assign physical education that comprises teaching sports in all their dimensions: technical-tactical, socio-cultural, historical, esthetic and artistic, considering the student’s education in the entire context of knowledge.