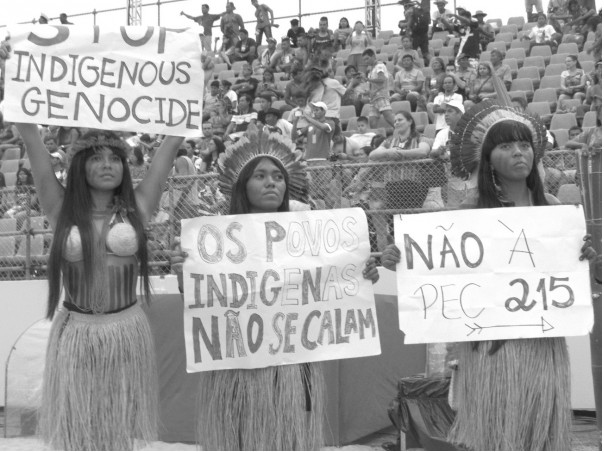 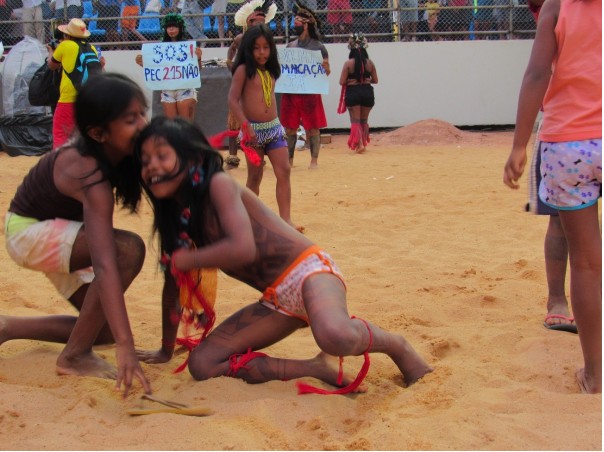 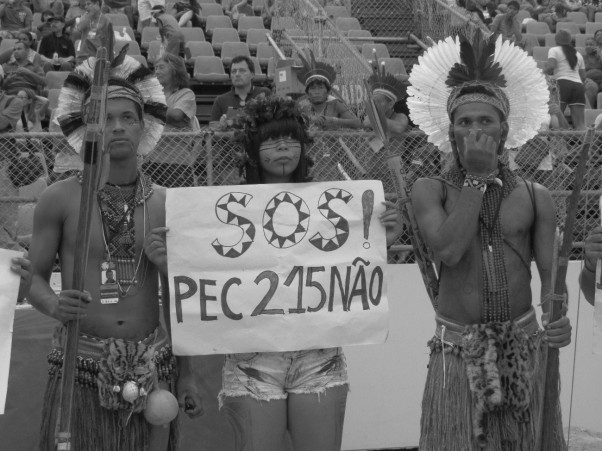 The games have coincided with a string of protests against PEC215, a constitutional amendment currently being debated in congress which would strip the federal government of its powers to demarcate indigenous territories, handing them instead to a legislature stacked with deputies funded by the agricultural industry. It would also grant congress the power to revise the boundaries of pre-existing reserves.