The snorkel on resistance training of fighters

Many combat sport athletes use a snorkel, attempting to restrict the oxygen uptake and thus trigger positive physiological processes to increase performance 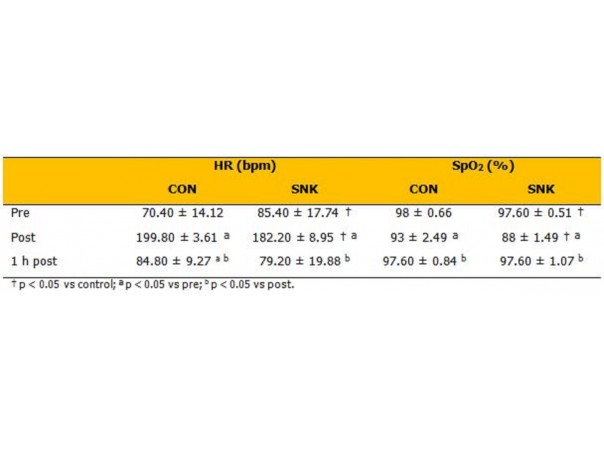 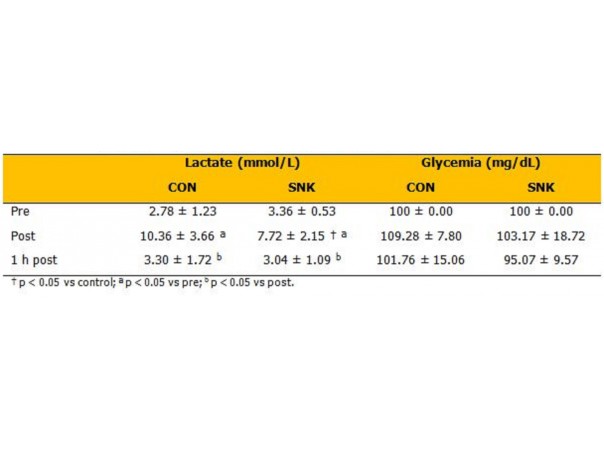 Among fighters, one very popular strategy to improve endurance is the use of a snorkel apparatus during training. Aiming to promote a systemic hypoxia, the snorkel strategy hypothetically induces oxygen uptake restriction and, therefore, partially desaturates the hemoglobin mass, promotes an increase in erythropoietin (EPO) production and release by the kidney, which is recognized by the bone marrow as a signal to increase hematopoiesis. Another hypothesis is that the oxygen restriction can increase blood acidosis by the increase of blood CO2 concentration, since both oxygen uptake and CO2 output are restricted. By controlling ventilation, the bicarbonate buffer is supposedly activated, and the anaerobic system would be more participative culminating in a higher lactate production and a lower glycemia. Since a lower O2 volume was probably sent to the muscle in activity, the heart rate (HR) would to be higher to support the O2 demand (for aerobic transition), that could be shown by a higher HR in the restricted group. Therefore, the aim of this study was to determine the effects of the snorkel strategy during maximal treadmill exercise on hemoglobin saturation, heart rate, lactate production and glycemia in Brazilian jiu-jitsu athletes.

Athletes went twice to the laboratory. In the first time they performed the treadmill protocol without snorkel for control (CON), and after 7 days they performed the same protocol equipped with a snorkel apparatus (SNK). Participants remained 48 h without exercise before the test.

HR (Polar model RS800CX) and hemoglobin saturation (SpO2) (pulse oximeter APK Tecnologi Co., Ltd, MD300) were collected every min from 5 min before to the end of the test, and subsequently every 5 min after the test (for 1 h). Time to exhaustion, maximum speed and distance were collected. Glycemia (On Call Plus, Acon Laboratories, Inc) and lactate (Lactate Plus, Nova Biomedical) data were collected from the fingertip pre (Pre), post (Post) and one hour post exercise (1 h post).

Data was treated in two different ways: (1) to compare groups the T Test for paired samples was selected; (2) for analysis between moments (Pre, Post and 1 h post) the ANOVA one way with Turkey’s post hoc was adopted. For these treatments the IBM SPSS Statistics 19 was used.

Lactate levels increased from Pre to Post and decreased from Post to 1 h post for both groups. However, lactate concentration after the test was lower in SNK group. No difference was found in glycemia pre/post the treadmill test.

Acute or chronic hypoxia protocols look very efficient to increase EPO synthesis, erythroide activity and hematocrit synthesis. Other authors have shown that acute exposure to hypoxia in a hypobaric chamber increases the EPO production after 114 min in a 3000 m altitude simulation or 84 min in 4000 m. A normobaric hypoxia seems to be efficient to increase the EPO synthesis after 240 min of exposure. A fourteen consecutive-day chronic hypoxia in a 5500 m simulated altitude is capable to increase erythroide activity, hematocrit and EPO synthesis. Higher EPO concentrations are apparently efficient for increasing oxygen uptake, and this efficiency in the aerobic metabolism is due to the positive stimulus from erythropoiesis that increases the oxygen transport to the muscles. Furthermore, the EPO is capable to cross the hematoencephalic barrier, decreasing central fatigue and increasing cognition. However, unfortunately, hypobaric chambers are not accessible for most athletes.

It is possible to conclude that the snorkel implementation/air restriction promoted a higher hemoglobin desaturation even with a lower performance. Snorkel usage seems to be an accessible and cheap way to promote hypoxia. It suggests that it can be used as a good strategy during certain parts of a training periodization to keep the stimulus and decrease the body muscle damage promoted by high intensity training.