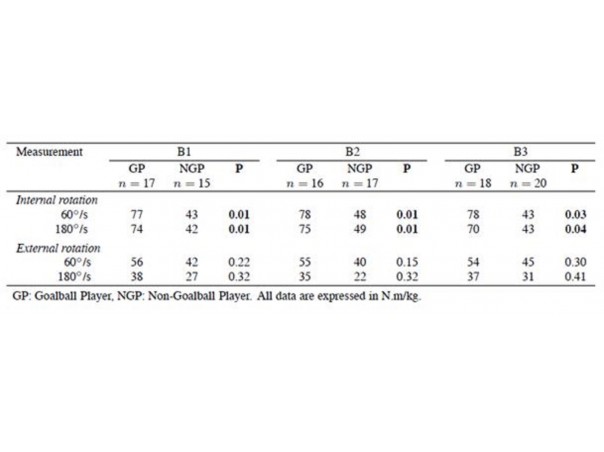 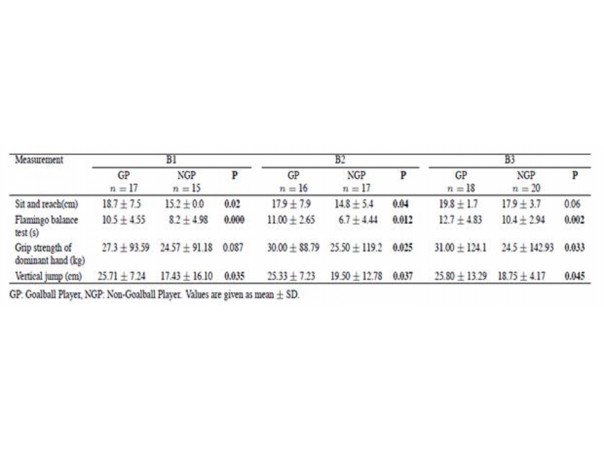 The sense of sight is of fundamental importance in modern society, which is organized mainly according to those who have vision and is considered a vehicle of communication in the world.

The movement depends on the vision to develop, is a type of information involving the location and evaluation of space and distance, it is essential in the construction of mental movement.

Pereira states that a person with Vi is "any person who has a great visual loss and, in some cases can be taught to read print using optical aids, and they need special support during their schooling".

According to the World Health Organization Vi may be considered when both eyes with correction, is equal to 0.3, with values equal to 0.1 considered a state of blindness.

Visual impairment can be classified into three different categories:

According Ladeira & Queiroz  visual acuity is the ability of a person has to perceive and discriminate details of an object at a certain distance and visual field is the "angular distance that the eye can cover the person with the normal 180° without moving his head."

An individual may be considered blind when an eye has a corrected visual acuity of 1 / 10 (0.1), and whose visual field is reduced to 20°.

The blind and physical activity

Physical activity (Pha) practiced by people with disabilities or special needs can be defined as any activity suited to the capabilities of each one with an emphasis on motor development, physical education and all athletic activities.

One of the consequences of visual impairment is sedentary lifestyle and your integration with the company resulting in poor physical endurance, posture inappropriate release of the tendons decreased nerve causing contractions.

The Vi has the same physical needs to use his body like the not blind, because in the absence of Pha, them merely listen the radio or television. In this sense, physical activity adapted promotes the socialization both verbal and emotional and physical, in addition to promoting the quality of life of these people, and can also promote physical performance as can be seen in the study by Çolak et al., which we assessed peak torque, flexibility, balance, grip strength and vertical jump in players goalball, where the results showed that the sample obtained superior performance in all parameters.

Sport contributes to the improvement of movement, autonomy, so that the visually impaired person have success by yourself, providing a broad knowledge of himself, that together with the experience of successful situations, increase their confidence, self-control, freedom, initiative, body image and communication, contributing to social integration.

To Guttmann, Pha for the visually impaired has a greater importance and representativeness than for "normal" people, because in addition to physical and psychological effects common to all regardless of physical condition, it gives a therapeutic and motivational assisting and help in their reintegration into society.

The sighted people are often motivated to practice sports through visual stimuli, while the blind requires internal motivation, thus, the activity should give you pleasure first.

The practice of motor activities for people with disabilities - such as empowerment, rehabilitation and social interaction - is in one of the main tools for the development of individual and collective potential of this segment of the population. It is noticeable the gains as a result of participation in leisure activities and sports, whether in the sensorimotor and/or psychosocial.

The water activities contribute to improving the notion of the body and the segments that compose it, makes it easier to breath control, control of head movement, relaxation, increased strength and muscular endurance, flexibility, mobility, self-esteem, confidence and facilitates social inclusion.

Swimming in this way has been of great importance to the overall development of people with visual impairments, it can be practiced at any age and physical condition, bringing benefits that directly influence their daily activities, encouraging and facilitating the social interaction of people.

Therefore, the use of swimming as motor activity for people with visual impairment is highly recommended, as this is a sport that allows for independence and autonomy of its practitioners, and provide many benefits that are linked to safety and quality of student life / apprentice.

The practice of swimming for people with blindness and visual impairment was initially restricted to medicinal use, but with the popularization and dissemination of sports for people with disabilities, swimming has also been practiced as a competition.

The absence of the sense of vision can affect motor skills of the individual, however this does not prevent the Vi to be physically active. The practice of sports activity can cause a sense of independence and autonomy of this class of disabled generating multiple benefits including: physiological, sociological and psychological. Although existing research on the issue of visual impairment are still necessary studies related to Vi and physical activity or studies linking certain sports activities and/or training of that class of athletes. The athlete Vi has the same capabilities and limitations as any other sportsman, so you must exploit it to maximum performance and satisfaction and achieve even better results.

Psychomotor therapy health for the wholesomeness of the subject